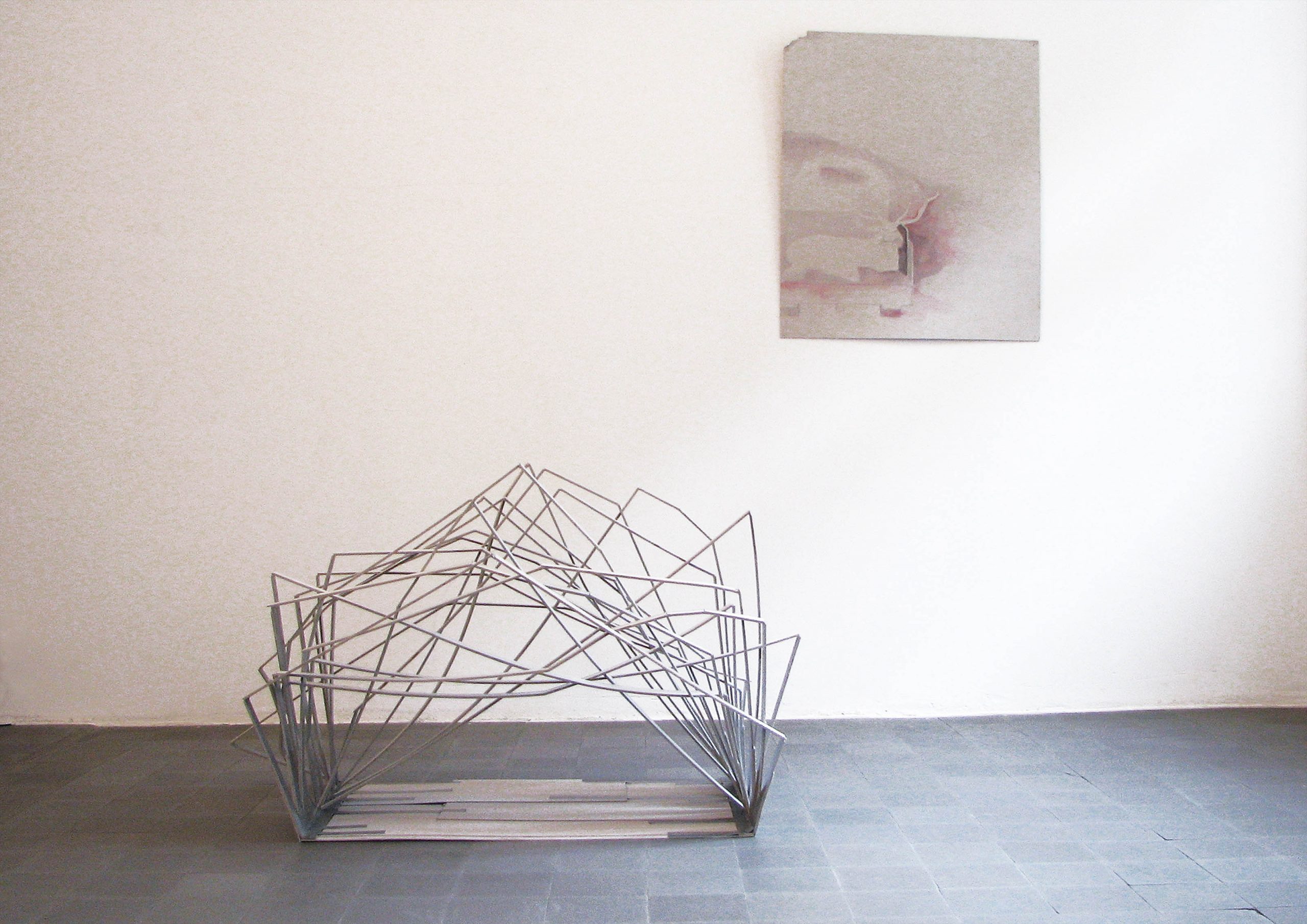 The main idea for this work emerged during my residence in NAIRS, in ithe Alps Mountains. The idea was derived from the fact that mountains are constantly growing. This is explained by the theory of tectonic plates, which describes the formation of mountain ranges. Tectonic plates, in relation to eachother with a velocity of 2,5 cm/year, which is roughly the speed with which fingernails grow.

This relationship between the movement of nature and human growth led me to the idea of an individual´s growth based on movement.

Movement is the natural state of migrants, not just at a display level, but also at a mental level. Migration is not only a movement that describes a change of place but also change in the natural condition of life. My stay in NAIRS clearly exposed may condition as an urban being. Now, physically separated from what I am accustomed to, I am more aware of my condition as a migrant. The environment has a direct influence on the attitudes and positions I have regarding my condition.

Transformante is a work that function on this principle. It consists of a series of strips of cardboard joined by plastic strips. By applying pressure at the base, they start tearing apart in an irregular and unpredictable manner, and depending on the degree of pressure, they increase or decrease in size.

On the wall is a pencil drawing and watercolour painting of a dead deer placed in a van. To me, this drawings represents how local customs survive in the natural conditions of the mountains.

The physical confrontation with the body and blood of the deer made me reflect on the separation, conditioned by urban life, from the violence that is involved in survival in spaces where life interacts with nature on an everyday basis.

The parts of the installation relate to the desire to see the world from a remote location; the piece is an abstraction of my personal confrontation with the mountains in NAIRS, the relationship between my condition as both an urban and a human being.

Transformante places the importance given to the space of our daily work within an imaginary and constructed landscape.