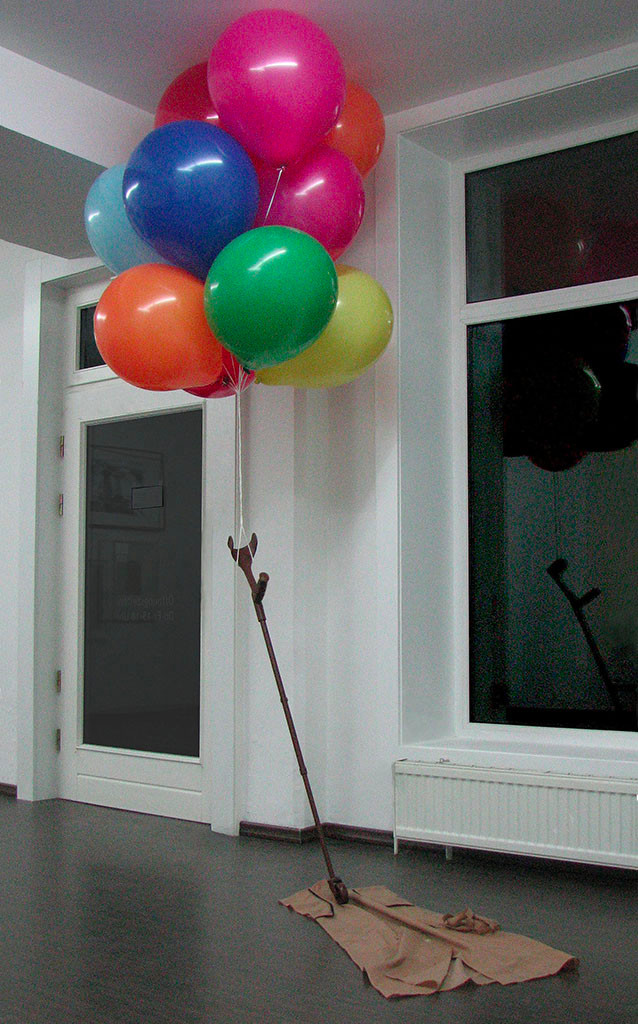 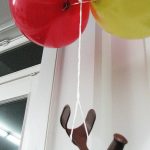 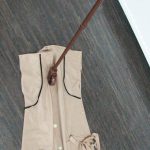 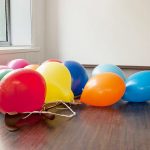 The piece is an allegory about the strategies of state control over the people.

The balloons represent an inflated and distorted reality. I chose balloons as a metaphor for a celebration which soon ends deflated on the floor. The crutch is a symbol for the remedial measures taken by the state to appease the concerns and needs of the people. The wheel, which provides a support to the crutch, denotes a fragility which trivializes and ridicules its own function – as a measure with an extremely short life span.

The streets of the GDR were characterized by the colour blue and dark brown suits. The country did not develop its own fashion but imitated Western styles. High quality textiles were not available and about 80 percent of the textile production was sold abroad. The state therefore decided to develop a man-made fiber.

In 1969, to commemorate the 20th anniversary of the GDR, a textile product was created that aimed to satisfy the needs of the population: "Präsent 20". The new fabric was produced with a circular knitting process and embodied like no other product the dream of the GDR for economic self-sufficiency, independence and superiority.

The Lederol substitute leather, Dederon, Wolpryla and Grisuten were attempts by the textile industry to introduce new and cheaper fibers that were meant to offer colour and quality as well, but above all, to put an end to the scarcity of textiles on the domestic market.

Free of ironing and washing, high comfort, shape retention, durability and wear resistance were among the early selling points of the new products.

Soon users were however dissatisfied with the use of clothes whose fabric was 100 percent polyester and criticism was unleashed by dissatisfied consumers who dubbed it "the nightmare tissue." Garments made with "Präsent 20" were not only stiff but also gave off unpleasant odours as soon as body temperatures increased. The clothing also tended to static electric charges, a problem in particular with long skirts, as the fabric would become attached to the legs.

In the chronicle about the new technique, the production rate and quality of a commodity which was to be sold as a "world-class product" were touted to the public. What the chronicles hid was a fact which was kept secret from the people: the large circular machines were imported from the Federal Republic of Germany.