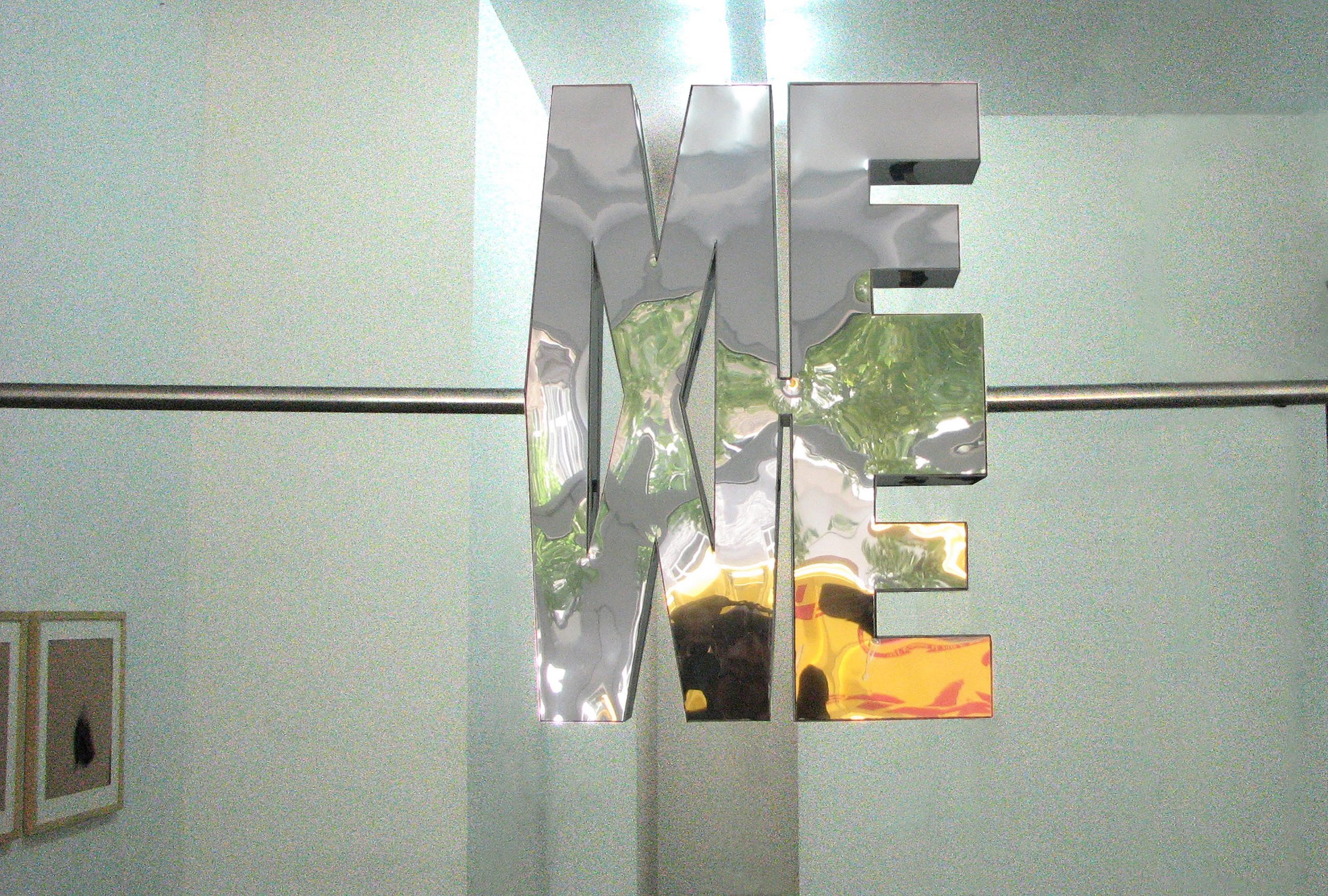 MELAND is an exhibition that explores different elements of language. The show includes six drawings of a mouth, a three-dimensional piece and an audio installation about the apparent identification of the individual based on the discourse of consumption.

The three pieces research diverse manifestations of language. For example the series “Glory” shows expressions of joy and triumph which are usually expressed with the mouth in situations of political, religious
and competitive nature. These drawings are the result of careful observation I have made on the modulation of the mouth when screaming: The cry as an expression of jubilation about the triumph over others, which I found in pictures of athletes, the cry as an expression of struggle that I took from people during religious events. The result is a series which displays the mouth devoid of sound, voice and intensity - as a mere voiceless instrument.

The second piece is a three-dimensional representation of the words ME/WE which mirror each other, alluding, also to the change of meaning, of words - they are covered with a reflecting surface (polystyrene mirror) which in turn allows the viewer to be reflected in the dynamic structure of the piece. The words are mounted on a central axis that crosses the gallery space from wall to wall, and in turn rotates around

this axis, enabling the viewer to read the word which is at the top of the axis. The effect is that even in spite of there being movement, it is ultimately I (ME) that permanently revolves around the central axis.

The show closes with “Melander”, an audio installation. The text is a compilation of the most popular advertising slogans in recent years. We hear a voice whose source is not visible and which, parting from the narration of a story, satirises the discourse of consumption. “A voice in search of an origin, looking for material support, a body in which to place its finiteness.”

So the path of the exhibition begins with the image of an expression, continues toward the object and ends up pointing in the direction of meaning.