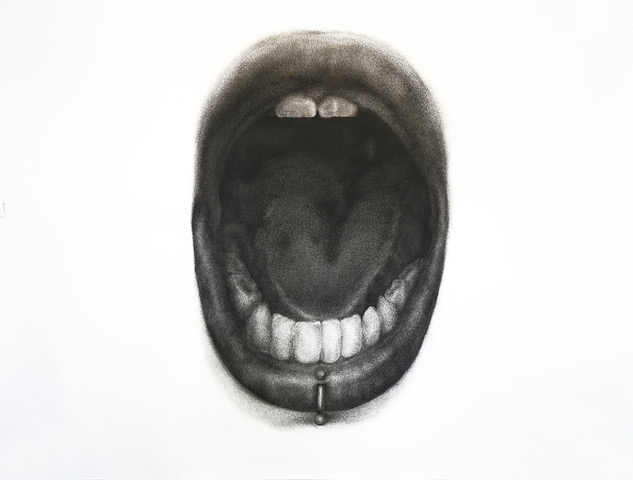 The performance consists in the elaboration of a drawing that represents a mouth that apparently gesticulates a scream.
Once the drawing is finished, I proceed to mutilate it. From the action of cutting the mouth cavity, a blank space appears and begins to be filled with honomatopoeic expressions of the sound heard in the background. This is how the written expressions appear, in which the expression can be read and shared through the drawing itself without the need to listen to it. The individual expressions that were said in the collective are graphically reinforced.

The background sound is a mixture of Techno music and the noise of a demonstration where people express in a noisy way a feeling or a sensation, their dissatisfaction in front of an event. This scream is an escape valve, as a primary element of the human being when expressing himself.

Here, the onomatopoeias represent cries of pain. Screams as primal expressions that are not only limited to human beings but extend to the whole animal kingdom, are therefore universal.