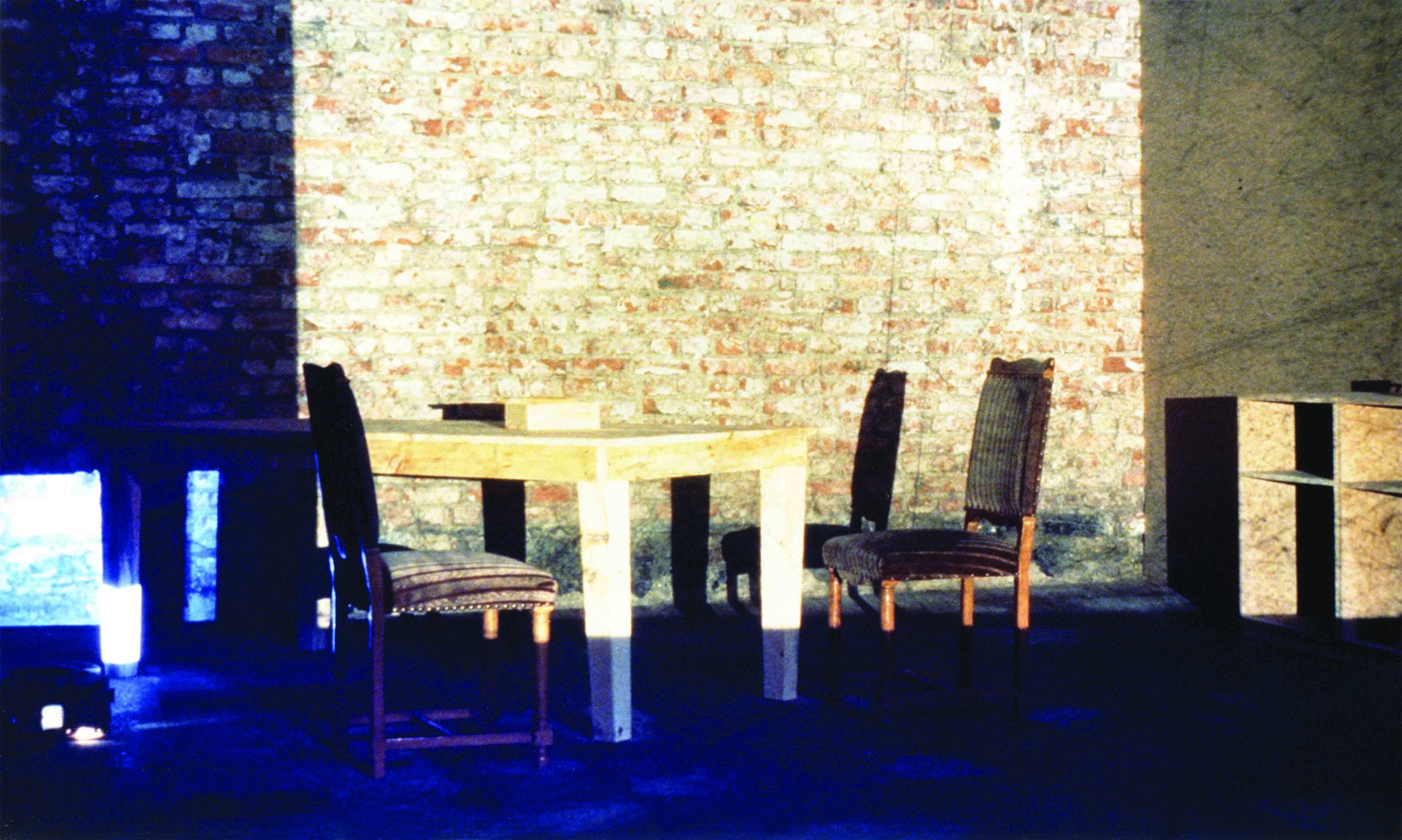 This piece is about the economic, cultural and social exchanges that take place in Istanbul.

The city is a point of convergence, where western cultural symbols were incorporated and transferred to oriental culture and vice versa.

In the room is a table with other pieces of furniture with shapes that do not match. However, their functions complement each other: Dialogue. This Dialogue is represented by a cup of coffee and a box with sugar cubes.

A piece of plastic, found in the street and projected in the background, helps to visualize the shadows created by parts of the table and the chair, like the metaphor for a dialogue within the physical space of a city. Eighty slides with colours from the chromatic spectrum of blue to gold are projected on one table leg to show the spiritual essence of the population, displaying the splendour of the Muslim religion. The spectrum of the colours range from dark red to gold as a symbol of Christianity.