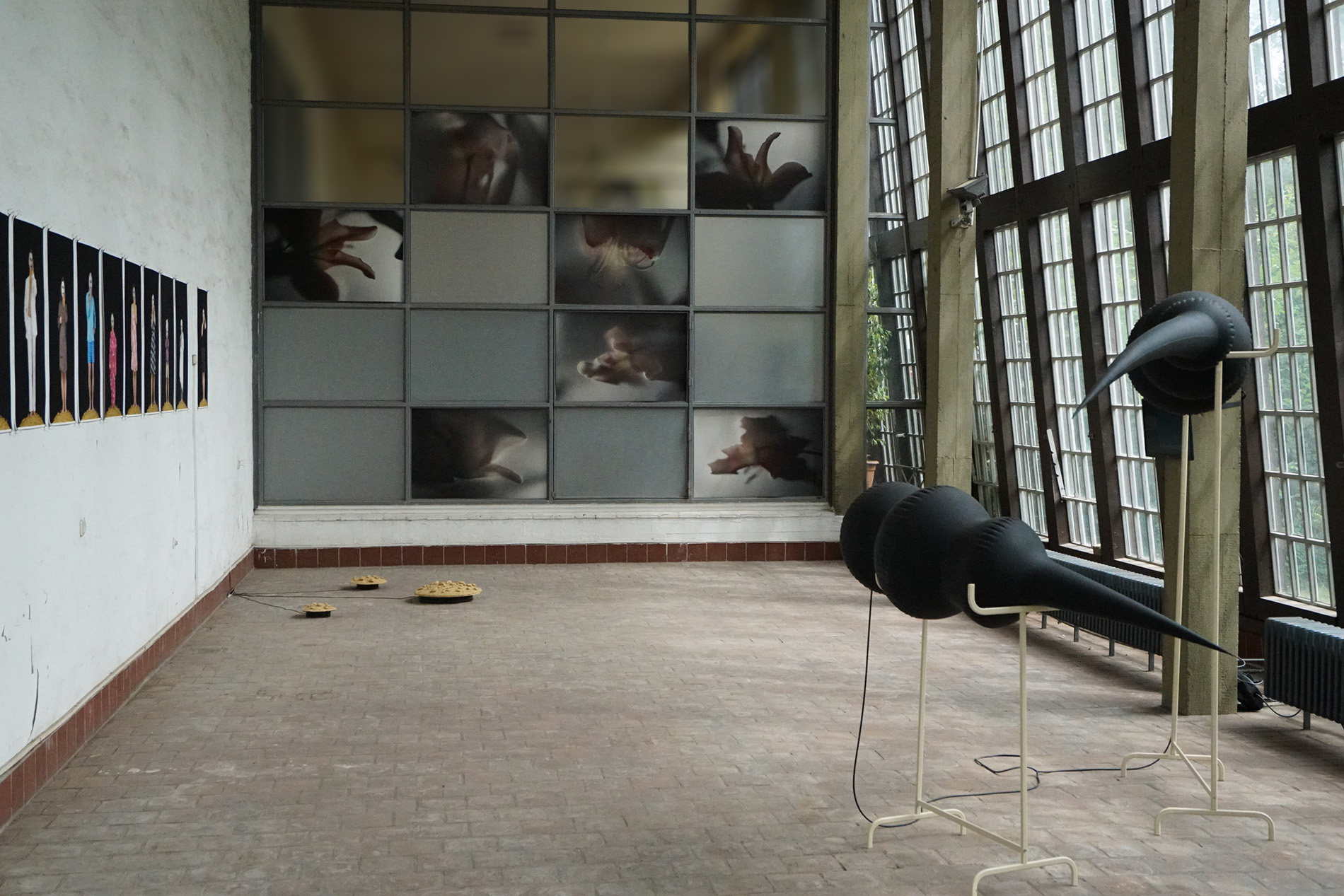 The title "Greenhouse" describes what the place, the Orangerie, is predominantly about: a space for hibernation, which is transformed for this exhibition into a place for breeding and further growth.
The Orangery as a kind of “in-between world” that frames the interaction between nature and culture. Here natural forces (such accumulated heat,...) act in excess and, together with culturally regulated processes (such regular watering) and interventions (such as grafting and genetic manipulations), generate a particular microclimate. The organisms themselves have been brought here artificially, mixing the foreign and the familiar. In the isolation of this special place, growth explodes, organisms mutate and new variants emerge.

In "I felt like I´ve never felt before", the images of flowers partially elude our gaze, disappearing into a misty environment and thus provoking their continuation in the viewer's imagination - that is, as a growth, a evolution in a non-material space.

The video "Pull Factor" shows the flow of people through a space at the end of a gathering. Leaving a place of celebration - an event that breaks out of the order of purposeful everyday life - they form a kind of culturhothouse. They are followed by a cleaning team that will re-establish normal order. Wave-like movements of bodies emerge in space, resembling the helicoid of DNA, as a resemblance to the inherent movement of growth and transformation.

The ornamental works S=34 and S=45, presented on the wall, offer a structural representation of organic life. Like a scientific model they move in time in an entropic way. The exude an individual sense of growth and expansion, accentuated by the non-linear chromatic evolution.

Greenhouse ... a hidden world of mutating forms and fluttering signs that evoke ever new interpretations.