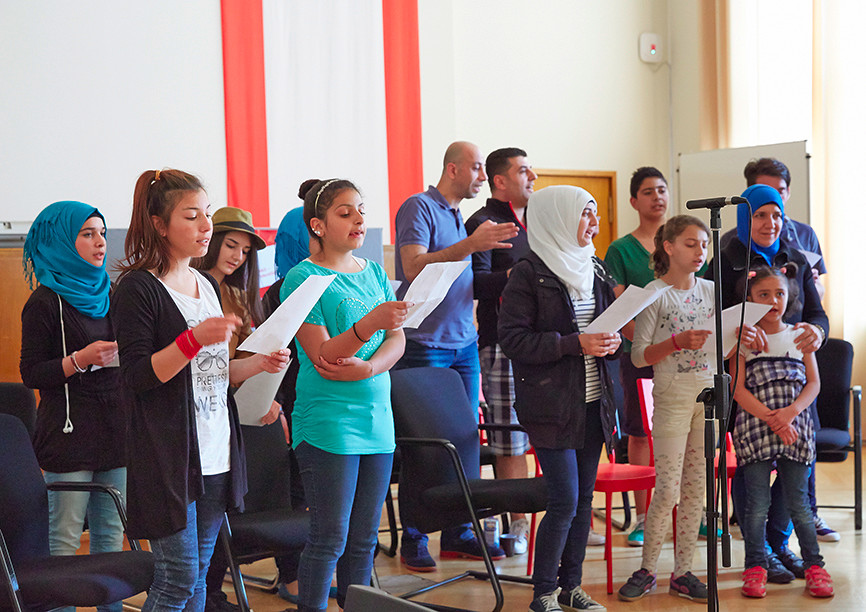 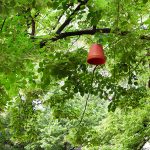 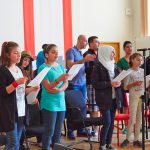 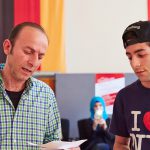 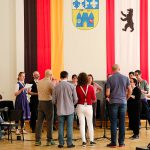 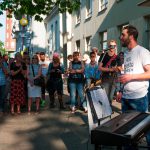 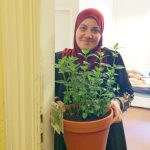 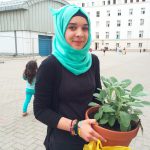 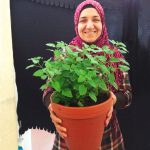 On the basis of our personal experience (in collaboration with Margarit Lehmann), we decided to work together in a project that focuses on integration into a foreign country. We both have had the experience of being expatriates. Our day-to-day communication in a foreign language, as well as the experiences we have made of adjustment and confrontation, have become inscribed in our bodies.

We are making language, voice and musicality the subject matter of our work. Historically, language plays a crucial role in the building of communities. Having to learn a local language is probably the key element in getting to know a culture.

At the beginning is a feeling, or thought. Through the voice, the word is given a sound, thus transforming into an instrument of communication. The sound of the voice is written very early into our bodies and differentiates us as individuals.

We could call this identity. But we think that identity does not exist as SUCH. Identity is defined by political regimes and legal paradigms, that produce a fiction of the self.

The body is an archive of texts in which new texts are continuously added and inscribed, which as a whole create subjectivity. Language and its associated subjectivity is one of these texts. If art or philosophy intervene, it is possible to rewrite existing texts or expand them, thus creating a different subjectivity.

The aim of our project is – together with people from Syria and Germany – to transform the texts inscribed in our body, in order to experience and live the utopia of subjective transformability.

As part of a workshop with young migrants, we will search for a song that is loaded with subjectivity and is reminiscent of their place of origin. Participants selected “Ehkili an Balady” traditional song performed for Fairuz  – a song that is sung in their “mother” language. Tehn, the Arabic lyrics are translated into German, and migrants sing their song in German. Next,

the original lyrics of the song are transliterated with the Latin alphabet, and young German citizens will be invited to sing the song in Arabic.

The result of the workshop will be presented in the form of a three-channel sound installation. Three speakers are built into a “language funnel” and attached to three trees in the courtyard.

The three versions are played in sync, each on an individual loudspeaker. All languages are heard simultaneously, but can be kept apart if you move between the respective sound sources in the broadcasting area.

When the project ended, the pots were planted with fragrant herbs, which were given as a gift to some of the project participants.

Language and the subjectivity involved becomes a text that is inscribed into our bodies. This text can be rewritten and thus deconstructed.

In the process of rewriting, a new subjectivity is created and inscribed into our bodies.