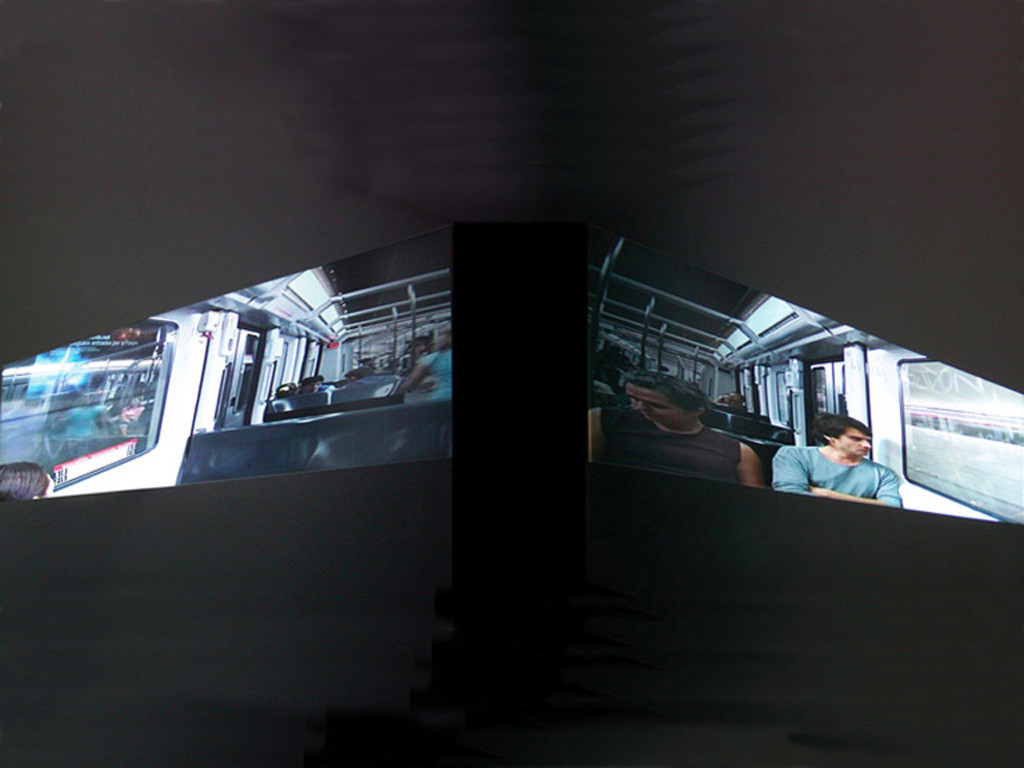 In a simultaneous recording, two cameras inside an underground train in motion are positioned by the window, and are each recording a half of the train compartment.The image editing is achieved by using a shift of a few seconds in timing. The only sounds can hear are those of the train in motion and the exit signal.

The installation is projected on two parallel trapezoid screens, which are positioned opposite each other. The projection takes place in a corridor an invite the spectator to come in and move around as if he were another passenger on the circuit. The passengers are reading or looking as if absent from the scene. They move automatically and react only to acoustic signals, with which perception mechanisms are prepared to new images and to a change in their activity.

The name of this piece “Die Kartoffelernte in Februar” - Potato harvest in February - refers on the one hand to a displacement in time, and, on the other hand, to the natural intervals at which natural products are collected. A change of habits is induced by this displacement. It is used here to create a shift in time perception of an experience, so that an unconscious awareness of “posterior” images is enabled.