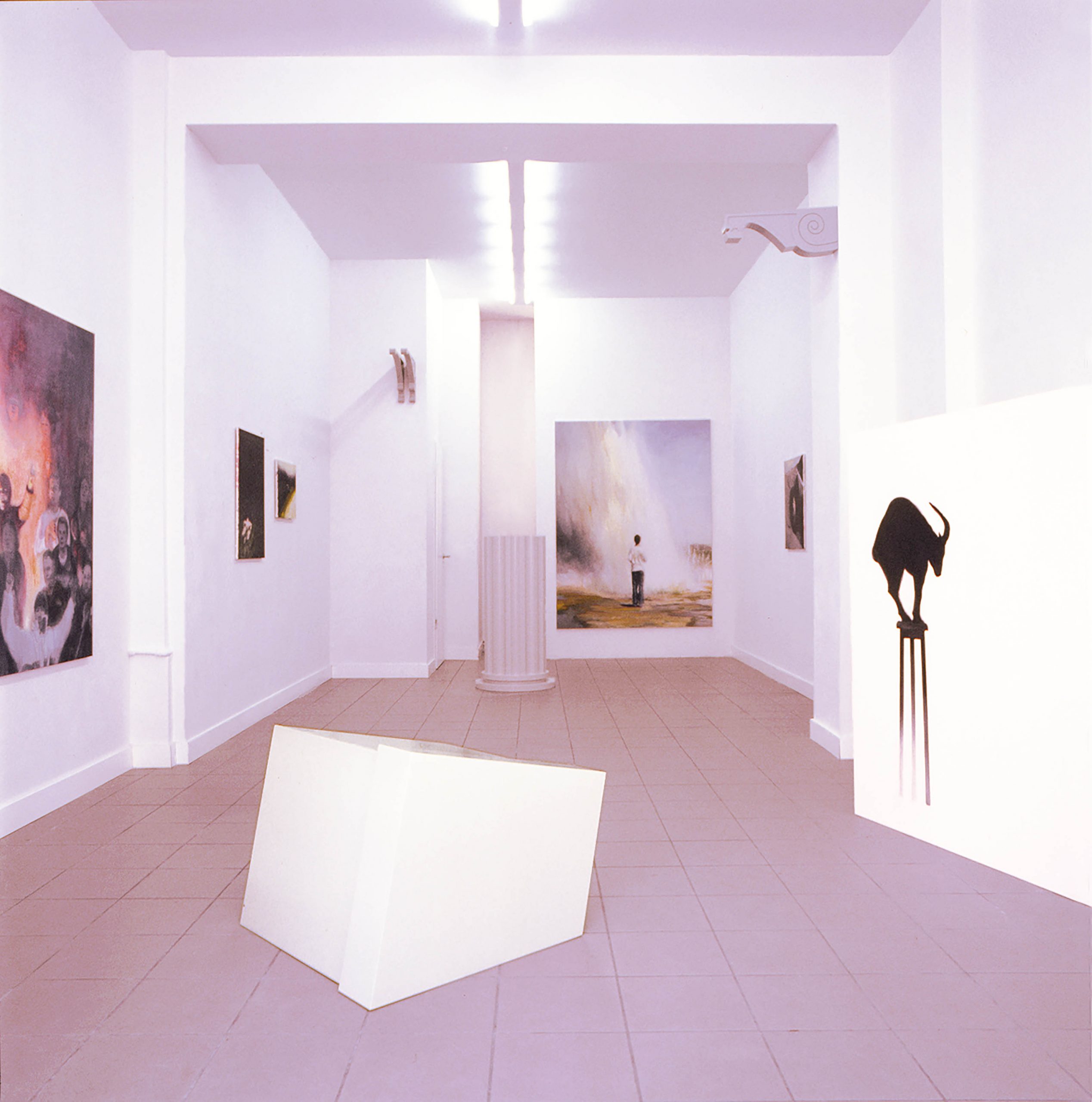 This piece was born out of a reflection on a play of Bertolt Brecht´s “Der Jasager”. On the premise that individual thought always overcomes established social conventions, I designed a series of architectural objects that are slightly dysfunctional and invite the viewer to wonder: Are these elements really functional?

With these objects, I wanted to explore unwritten social and moral laws which underlie, unquestioned, social conventions. These standards allow existing power sructures to stand and uphold the appeareance of individual freedom of choice.

At first sight, these are elements that enhance, maintain and support the bases of a building. These elements that are attached to the wall do not fulfill their obligation to support, sustain or stabilize because they have been slightly manipulated. Their original intention is not consistent with the spatial structures of the gallery. Their angles have been modified, their sides are irregular or have been fractured. A sustaining element - a column - represents the ideal of tradition and stability within architectural practice. However, if we turn around and look at the other side, there is emptiness. An awning at the entrance of the gallery with the name “Der Jasager” invites viewers to take refuge from the outside and confronts them with the pieces. showed.

The objects are perfectly finished, with polished surfaces, pleasing and aesthetically adapted to the space, but do not fulfill their original function. This is an analogy with our contemporary socal structures, which, while seeming to work, in reality often fail to do so.

It is exactly this rift which Bertolt Brecht raises in his early work “Der Jasager - Der Neinsager” (He said Yes, He said No). In this play the affirmer or yea-sayer yields to social conventions and accepted the group´s decision, pays with his life as a result. In the contrast, The Naysayer, challenges (He says No), breaks with tradition and continues along his path. He chooses life and, above all, an independent and personal way of thinking.