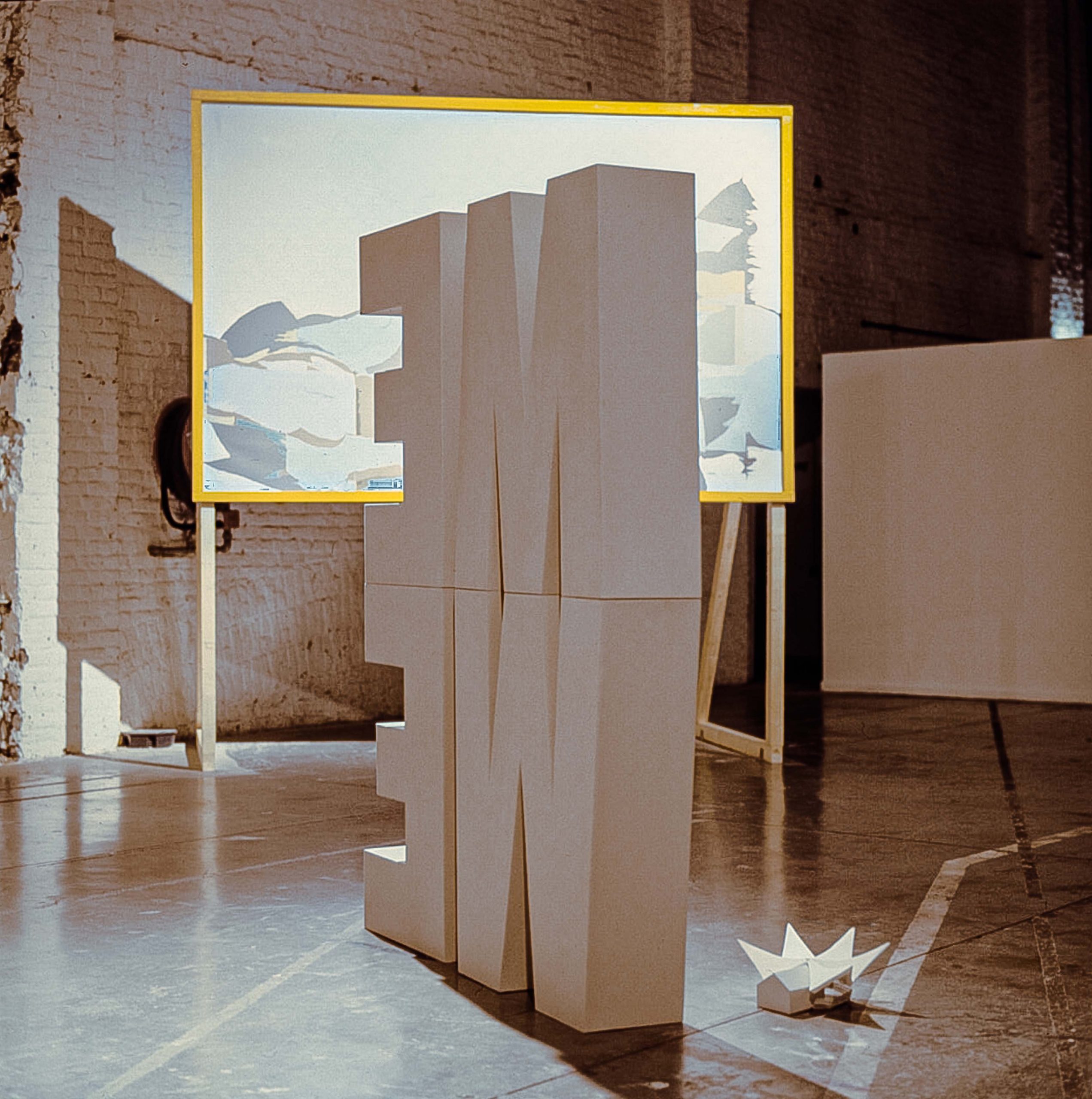 This is an installation that shows my wanderings through the street of Berlin, 20 years after the wall fell.

In a poster that serves as background to the installation, I show a non-semantic analysis of signs and symbols found in advertisements for beverages, cosmetics, cars, banks, etc. This leads to abstract colour compositions in which successive layers of colored paper are glued on top of each other, parts of which are subsequently torn of - as far as the material allows.

Letters constructed architectonically show the relationship of language as a circular system of signs. The composition plays with the letters M and E- the same letters but reversed in their position with respect to each other, to form two words opposite in meaning. ME/WE. The two letters can be seen as mirroring themselves and indicate a change in the value system within structures of power.

The process of socio-political change which occurred after the fall of the Berlin Wall is referred to here by analogy. At the side of oversized letters is a scale model of an old restaurant that was located in the easter part of the city and was destroyed after the reunification of Germany. A change of aesthetics, perhaps - but in today´s world it is no longer necessary to explain: “If it has proven to be cost-effective, it is all right.”

By contrast, if something proves not to be cost - effective, “explanation are useless, it ceases to exist”. In this piece her, the size relationship and the different point of view - aerial view of the object - are a constitutive factor in our experience as spectators.

The title of the work is taken from a text by Georg Simmel in which a girl tell her mother: “How unpleasant are yellow cows!” And the mother replies: “ Yes daughter, but there aren´t that many.” The girl is not satisfied. And simmel notes that the girl lived idealism, “... a notion that the meaning or meaninglessness of the world resides in the ideas produced and not in the number of times in which it does do.” No, she didn´t want only numbers, she wanted an explanation.